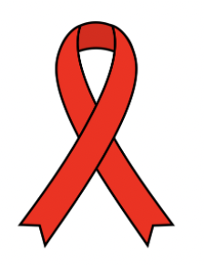 December is HIV/AIDS awareness month, and we want to clarify a few things about this disease, the current treatment and the misconceptions around it.

What is the difference between HIV and AIDS?

There is a high comorbidity between HIV and mental health issues. Studies have found that the risk of contracting HIV is higher in individuals with mental health disorders; the acquisition rate is increased by a 4- to 10-fold in individuals with a mental illness (Remien et al., 2019). Although generally individuals with serious mental illness tend to engage less in sexual activities, those who do engage in it tend to do it in a high risk manner, e.g., having multiple partners, inconsistent condom use, trading sex, etc.

Furthermore, it is important to also note that individuals with HIV experience higher rates of mental illness compared to the general population. There are many factors 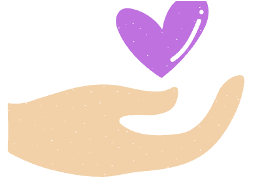 that contribute to this increased rate, including “individual, structural, social, and biological challenges to accessing and adhering to HIV prevention and treatment modalities” (Remien et al., 2019).

One study analyzed rates of suicidality and closely related behaviors of individuals with HIV from 332 papers. It was found that 9.4% of the deceased individuals with HIV committed suicide, 20% had deliberately self-harmed, 26.9% reported suicidal contemplation, and 22.2% reported having a suicide plan (Catalan et al., 2011). These rates were present even with the current state of medication to suppress the virus.

Treatment for HIV has been effective in suppressing the virus and at no longer transmitting it during sex. However, there are still a lot of misconceptions about HIV, and what individuals with HIV or AIDS can and cannot do safely. Individuals with HIV suffer from high rates of depression because of their condition, but the new treatments allow them to live a better life; however, a lot of these individuals are still stigmatized, further deteriorating their mental health. Raising awareness and educating the public is very important.

Myth #1: Heterosexuals do not have to worry about contracting HIV.

Although infections are more prevalent in gay males, heterosexuals can also get infected. According to the CDC, in a study conducted in 2018, 24% of the new individuals infected with HIV were heterosexual (CDC, 2018).

Treatment for HIV is far more advanced now than it used to be years ago. In this day and age, if an HIV+ woman is pregnant and takes her medication consistently and as recommended during the entire pregnancy, and after giving birth gives the medication to the baby, there is about only 1% chance or less of the baby acquiring HIV (CDC, 2021).

Myth #3: There is no reason to use protection if both individuals have HIV.

Although the consensus is that if it undetectable it is untransmittable, the CDC recommends the use of condoms because it is possible in rare cases to transmit a different strain of HIV, one that is resistant to current medications, called an HIV superinfection (Kalichman et al., 2010).

Myth #4: Someone with HIV cannot have sex with someone without HIV.

It is possible to have sex with someone without HIV without infecting them, as long as they are taking their medications. ART (Antiretroviral therapy) stops HIV from damaging the immune system, and it lowers the amount of HIV in the body; however, it could take up to 6 months for the medication to start working. It is even possible to have unprotected sex, but that depends on whether the HIV is detectable or undetectable. However, the use of a condom is still always recommended.

Myth #5: HIV could be acquired through kissing. 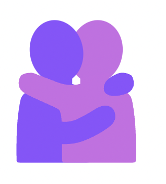 Although once upon a time HIV used to be a death sentence, it has not been one anymore for years. Current treatments are able to stop the replication of the virus in the body and stop the virus from damaging the immune system. Life expectancy of individuals with HIV has drastically increased in the past few years. A meta-analysis study from 2017 found that in high-income countries, there was an increase of 43.3years for age 20 and 32.2 years for age 35. On the other hand, in low/middle income countries, the increase was of 28.2 for age 20 and 25.6 for age 35 (Teeraananchai et al., 2016).

One of the biggest reasons why individuals with HIV suffer from mental health issues these days, regardless of all the treatments, a longer life expectancy and more freedom to do whatever they want, is because of the misconceptions or myths mentioned above. Most of the public is not aware of the new advancements in medicine for individuals, and they continue to reject and stigmatize them, making them feel worse and isolated because of their situation.

Centers for Disease Control and Prevention. (2018). (rep.). Diagnosis of HIV infection in the United States and Dependent Areas.